Central bank meetings in Euro Area, Australia, and Canada as well as several speeches by Fed officials will dominate the calendar next week. Also, China will release inflation rate and foreign trade figures, and GDP updates will be available for Australia, Euro Area, Japan, and Canada. Investors will be also watching closely the situation in the energy market in Europe after a crucial pipeline bringing gas to Germany from Russia will no longer reopen as planned. 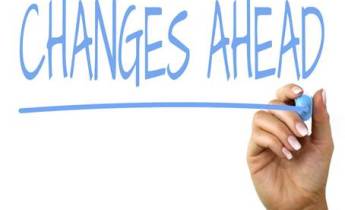 Next week will be relatively quiet in the US, with ISM Services PMI, trade data and wholesale inventories taking centre stage. Investors will also keep a close eye on appearances from several Fed officials, including Fed Chair Powell at the Cato Institute’s 40th Annual Monetary Conference on Thursday. On the corporate front, Apple will hold its Annual Event on Wednesday and is expected to unveil the iPhone 14. Markets in the US are closed on Monday for Labor Day. Elsewhere in America, the Bank of Canada is expected to deliver a 75bps rate hike, following a higher-than-expected 1% increase in July. It will also be interesting to follow: unemployment and trade figures for Canada; inflation and services PMI for Brazil; inflation and industrial production for Mexico.

In Europe, the ECB will be deciding on monetary policy on Thursday, with markets anticipating at least another 50 bps hike in borrowing costs as the region battles unprecedented levels of inflation. Preliminary figures showed the inflation rate in the Euro Area increased more than expected to a new record high of 9.1% in August, raising the odds for a hefty 75 bps rate increase. Indeed, several ECB officials have recently advocated for a sizable rate hike and warned that interest rates need to stay elevated for a prolonged period to curb prices. Traders will also keep a close eye on the Russian gas supply through Nord Stream after Gazprom said in a last-minute statement late on Friday that the key pipeline to Europe won’t reopen as planned. On the macro side, retail sales in the Eurozone are expected to rebound slightly in July while factory orders in Germany likely fell for the sixth consecutive month. Other data to follow include final updates for Euro Area Q2 GDP growth; S&P Global services and construction PMIs for major economies; Switzerland Q2 GDP growth and unemployment rate; Turkey consumer and producer prices; and Russian inflation figures. In the United Kingdom, main releases include S&P Global services and construction PMIs and the Halifax house price index.

Investors will also follow an OPEC+ meeting on Monday, which is expected to offer guidance for the cartel’s production plan from October. Major producers are likely to keep oil output quotas unchanged but Saudi Arabia stated the cartel could cut production should Iran clinch a nuclear deal with the West and restore exports.

In Australia, the RBA is set to raise its cash rate by 50bps for the fourth consecutive meeting to curb inflation that stands at a 21-year high. Also, the central stage will be taken by several macro releases including: Q2 GDP growth rate, external trade and retail sales.

In China, consumer inflation is expected to hit 2.8% in August, accelerating from the one-year high touched in the prior month due to soaring food prices. Trade data will be also in focus after trade surplus in July hit a record high. Investors will also follow the second estimate for Japan’s Q2 GDP growth, inflation rates for Thailand and the Philippines. Lastly, the Central Bank of Malaysia is expected to deliver a 25bps hike on its key overnight policy rate.